'Alien Rock' combines the two passions of its author Michael C. Luckman, a man who will be well-known to the UFO fraternity on America's east coast.  He is passionate about UFOs and alien contact.  He is also passionate about rock music.  His book seeks to find a connection between the two seemingly disparate subjects.  Perhaps surprisingly, he succeeds.

I have always had a sneaking suspicion that there is a link between paranormal experience and creativity.  Certainly, it is my experience that people who have been subject to paranormal encounters are unusually creative.  Perhaps something in the mind is opened by such an encounter.  Perhaps there becomes a need to effectively communicate the profundity of an encounter with the unknown, and that this requires a step-up of consciousness.  One expresses oneself through language, art, music, dance.  Perhaps it is not surprising that people who have seen something beyond the normal feel the need to express themselves creatively in these fields.

It is rather a shame that Michael does not seek to analyse this connection, to psycho-analyse his celebrity subjects.  Although I am quite sure he has a deeply intellectual side to him, he seems to have purposely kept the tone of 'Alien Rock' on the light side. His biographies of his musical stars are designed to be entertaining, even amusing.  That's not to say that Michael doesn't show immense respect for the rock stars whose extra-terrestrial encounters he describes.  He clearly holds them in high esteem.  But he is addressing a subject that ill inevitably create more mirth than serious debate, and I think he rightly has kept the tone light to prevent the whole thing sounding a little too crazy.

I found the book rather eye-opening.  Rock stars like Elvis, David Bowie, John Lennon and Jimi Hendrix had real-life encounters with UFOs, or were obsessed with the subject.  Some described a sense of not being from this planet (a strange revelation I myself first experienced as a teenager), and that their music seemed to sometimes originate from beyond themselves, as if presented to them as a spiritual gift through dreams.  Do we tune into other frequencies whose medium is pure music?  It seems so.  Perhaps that would explain Mozart's extraordinary gifts.  Perhaps he was an experiencer too. He may have channelled his wonderful and beautiful music from a higher spiritual source.

As well as pulling together the UFO experiences of various rock stars, Michael also describes how the E.T. sub-culture has embedded itself into music scene.  He highlights alien-themed songs, album covers and perhaps more importantly concerts and festivals.  In this way he also indicates how the UFO subject has affected the music scene.  Such a situation reflects one of the paradoxes of the UFO subject; that there seems to be a symbiotic relationship between the nature of the phenomenon and how it is portrayed in our culture.  The music scene seems similarly jumbled; some artists having been strongly influenced by their own encounters, other influenced by the somewhat dissident nature of Ufology.  To make Rock is to rebel, after all, and perhaps there is a natural connection between this and other aspects of our culture that ask questions of received authority.  Ufology may simply be a symbol of rebellion against mainstream thinking, which is generally conservative in its mentality.

Michael Luckman does not explore these possibilities himself in his book.  But he is clearly a knowledgeable man within the UFO community.  He litters the book with various bits of UFO and alien trivia, some of which I had not come across before.  He offers an excellent bibliography and index, which one might not have expected for a book whose general feel is one of entertainment.  It seems to me that Michael is hiding a serious message within the leaves of a book designed to be attractive to people more interested in their favourite rock stars than UFOs and aliens.  Perhaps he aims to gently persuade them that there is more to their hero's interest in UFOs than they thought.  It is an effort that I applaud.

Robbie Williams has always struck me as being a pretty sharp bloke, so I guess I'm not surprised to find that he has a major interest in the paranormal, including UFOs.  Attendees of the 2008 Laughlin UFO Conference may have been surprised to find him among their number in February; surprised, and I'm sure, elated.  BBC Radio has just broadcast a programme featuring the singer's trip to the conference.  He brought along the journalist who recorded the show, the rather brilliant Jon Ronson, as well as a more sceptical friend of his. 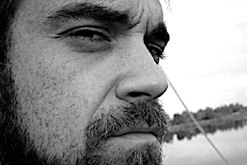 It's a brilliant show, because Robbie opens up about his interest in the subject, despite his concern about how this will play among newspaper journalists back home in England.  He clearly enjoys immersing himself in the whole subject, and his attitude towards it is a healthy mix of open-minded interest and scientific scepticism.

Robbie wonders about what 2012 might bring, and instead of just waiting to find out, wants to 'do something'.  As such, he's recently spent a lot of time surfing paranormal websites, and attending UFO-related events.  He's very open to the possibility that UFOs exist, and are potentially present all the time in our skies.  He speculates that they are spotted 'when they make a mistakes and the shields come down."

The radio programme focuses on his discussion with the mother of a British abductee, Ann Andrews, who gives a talk at the conference.  She is convinced that her son's stories of alien abduction are true, and she's written several books about the case.  Robbie interviews her, and it's quite revealing on both fronts.  At the end, she says "You look very much like Robbie Williams".  He replies, "I am Robbie Williams".

Here's the link to the radio programme on the BBC, which is well worth listening to:

"Robbie Williams could be abducted by aliens and "come back as an ambassador for their race", an expert claims.  The UK pop star, who is known to have become increasingly fascinated with UFOs in recent months, has been warned he is in danger of being taken from Earth.

Michael Luckman, Director of the New York Centre For Extraterrestrial Research, explained: "Robbie is now becoming a point man for contact with extraterrestrials.  "None of the experiences I've seen are in the same category of what Robbie appears to have experienced. Robbie could easily disappear and then come back as an ambassador for their race."

Luckman warned the singer that his attitude to the phenomenon puts him even more in the firing line. "He's unusually pro-active, even putting his musical career on hold. "And he is more likely to make contact because of where he is spiritually - he takes it to the max", he continued."

It's made a lot of enemies in high places recently, but I love The Guardian newspaper.  Except for one thing - its coverage of UFOs.  For a paper that likes to break down government secrecy, it seems rather naive when it comes to the subject of UFO cover-ups, promulgating the mainstream perspective with some vigour.  A couple of years ago I wrote to columnist Simon Hoggart when he rather unfairly took the piss out of UFO 'believers' (as we are known, a word which brings with it a sense that we're daft idiots who spot UFOs after several pints of strong ale) and politely described the normality of many people who are interested in, or witness, UFOs.  He hasn't mentioned the subject since, I'm glad to say, but the rest of the paper remains rabidly sceptical on the matter. 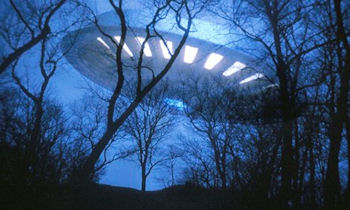 So, it was with some interest that I read an interview with Happy Mondays front man Shaun Ryder, who has recently produced a documentary on the subject of UFOs, following a BBC show on the subject with him in 2010.  The Shaun Ryder interview is available on-line - complete with plenty of strong language which wouldn't be out of place in 'The Thick of It'.

I think he comes across pretty genuinely, particularly regarding his childhood experiences.  But here's the thing:  The reason The Guardian chose to do a splash on UFOs here is that Mr Ryder, no matter how genuine he comes across, is easily scuppered by his drug history.  If this was a regular Joe who saw the things Mr Ryder has seen, then The Guardian simply wouldn't have been remotely interested in reporting the case; even if our regular Joe was fronting a rock band (for instance, Robbie Williams). 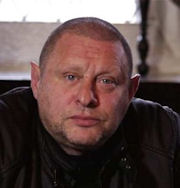 But in the case of the Happy Mondays front man, here's a terrific opportunity to exploit a modern myth about people who witness extraordinary events - that they were high, drunk, or just fools - even if none of those labels fits on the day of the sighting.  Because by presenting the subject through the lens of an uncouth, drug-taking rock singer, the media don't really have to try too hard to establish in the mind of the public just what kind of folk 'believe' in UFOs.

I'm not saying that Shaun Ryder shouldn't talk about this stuff publicly.  In fact, I'm very glad he did, and very glad that he discussed the matter in such a candid manner.  I just observe the tactics used by the mainstream media to debunk this issue.  Perhaps in order to gain credibility regarding their drive to expose government espionage on just about everyone in the world, The Guardian feel the need to 'look serious' when it comes to other alleged government cover-ups.

It's a shame.  I wish they'd take the time to read the new book by Thomas Carey and Don Schmitt, "Inside The Real Area 51" that I've reviewed this month.  No brash rock stars here, just straightforward, sober military types providing death-bed confessions about Uncle Sam and UFOs.