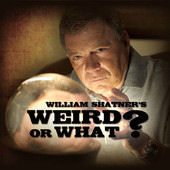 The Ica Stones in Peru are considered by experts to be fraudulent - river stones painted by contemporary artists rather than the ancient people of Peru. Others consider that the art is genuine and points to a time when man and dinosaur shared the Earth.

Here, researcher Andy Lloyd argues a third way; where ancient knowledge was handed down to the historical peoples of Peru - explaining why some of these enigmatic stones were dug up in ancient tombs:

A media studies documentary about threats to our world includes this segment about Nibiru/Planet X. Made in 2003, the documentary features a debate about Zecharia Sitchin with author Andy Lloyd and two Sumerologists at the British Museum, as well as an English academic who thinks he has discovered clues to the existence of the Sun's binary companion:

Author Andy Lloyd describes how mainstream astronomers have had to change their view on the prospect of the existence of Planet X - or a sub brown dwarf in the outer solar system - in recent years, in the light of new scientific discoveries.

He then discusses why the existence of a binary sub brown dwarf in the outer solar system is important, in terms of the prospect of discovering alien life and the impact such a body has on the rest of the solar system. Filmed in April 2011, this interview aired an early discussion about Comet Elenin:

Here's a  clip from a video interview for a DVD entitled "Anunnaki: Origins of Man" directed by Chris Turner. The interview took place at the Godlee Observatory at the University of Manchester in May 2014.  It's posted here onto my YouTube channel:

Andy Lloyd was a guest on Ireland's NewsTalk Radio, hosted by Sean Moncrieff, in July 2012. This short, humorous radio interview gathered together a lot of excellent Dark Star material for a general audience: