Voyage to Sedna, Anyone?

It wasn't so long ago that the New Horizons probe triumphantly visited not just distant Pluto, but also the Kuiper Belt Object 2014 MU69, aka Ultime Thule, aka 486958 Arrokoth, aka Snowman (1).  This lay another billion miles distant, and was the furthest object ever visited by a space probe.  In April 2021, New Horizons was 50 Astronomical Units away from Earth.  The Pioneer and Voyager probes are all more than 100AU away now, the furthest being Voyager 1 reaching 152AU in April 2021 (2). 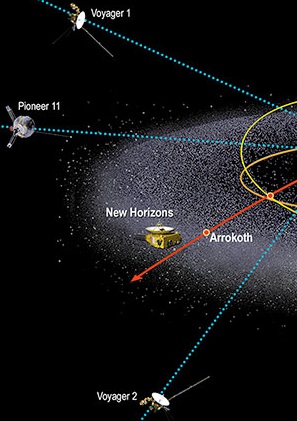 It takes decades to cover these kinds of distances.  Planning a mission to objects way beyond Neptune is a logistical nightmare, requiring careful appraisal of the positions of the planets along the way (for the much-needed gravity assists) and a mission team in place that can last the test of time.  Then there's the on-board power source issue - solar panels won't do so far away from the Sun, so the probes needs to be nuclear-powered.  There is also significant red-tape to navigate: in particular, the 1992 Principles relevant to the Use of Nuclear Power Sources in Outer Space in international law (3), although it would be relatively easy to argue that a spacecraft sent to the outer solar system would count as an exception to this rule.  The New Horizons probe is nuclear-powered, for instance, so a precedent has been set.

The potential rewards of such a mission are also significant.  Humanity extends its understanding of the outer solar system and the objects which inhabit these outer realms. On a geopolitical level, only NASA has managed to go beyond Neptune - an achievement it has accomplished five times now.  The Russians never secured the technological capability to compete with the remarkable Voyager and Pioneer programs.  The Chinese are set to try their hand with two Interstellar Heliosphere probes (IHP-1 and IHP-2), both ear-marked for launch in 2024 (4).  This may well renew interest among the Americans and Europeans to explore the planets and other objects in the vast reaches of the outer solar system.

Some of these objects behave very oddly.  Their orbits and their alignments in space provide controversial evidence for another sizeable planet out there somewhere, invisibly pulling their strings.  Trying to locate this Planet X object has been an ongoing controversy for years but if its existence could be proven it would be a delicious target for a future space mission.  How feasible it would be, given the distances involved, is another matter. 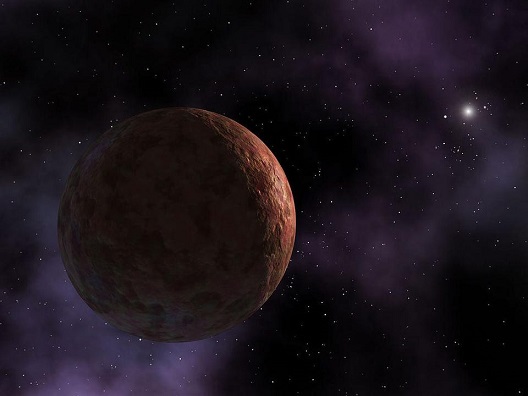 90377 Sedna is a mysterious object in the outer solar system with a phenomenally eccentric orbit.  It was discovered in 2003 - a feat possible only because it is gradually approaching its perihelion (at 76 AU) scheduled for 2076 (5).  Its 11,400 year orbit takes it out as far as ~940 AU.  It might be a scattered disk object which originated near to the Kuiper Belt or, alternatively, its origin might be the inner Oort Cloud beyond its current orbit (6).  Because its origins (and those of the other so-called Sednoids) is mysterious, the perihelion passage of Sedna provides an opportunity to study a true enigma - one which may unlock the key to Planet X.

Getting out that far will take a spacecraft about 25 years.  Astrophysicist Ethan Siegel has argued that we need to get our skates on if we're going to grab this opportunity:

"... we can send a mission to the outer Solar System to reach [Sedna] as it nears its perihelion. But due to the orbital particulars of all the planets in our Solar System, we really only get two chances. They're both coming up fast: 2033 and 2046, if we want to truly learn about this fascinating relic from our Solar System's formation." (6)

An alternative launch date has recently been proposed by a team of scientists led by Vladislav Zubko from the Space Research Institute of the Russian Academy of Sciences, based upon a series of possible trajectories to Sedna (7).  The team argues for a launch date of 2029, although 2034 is still on the table (8).  The argument goes that a slower journey there means a longer rendezvous when the spacecraft eventually encounters Sedna.  That factor favours a 30-year journey over, say, an express 20-year voyage.  More reason for mission planners to be given an early green light.

6) Ethan Siegel "Is Humanity Ignoring Our First Chance For A Mission To An Oort Cloud Object?" 22 May 2018